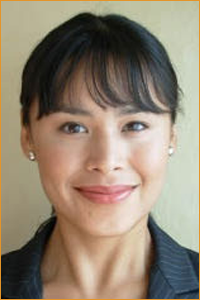 Shyla Sheppard has over eight years of venture capital investing experience. In 2005, she joined the founding team of New Mexico Community Capital (“NMCC”), an Albuquerque-based venture capital firm, where she assisted with all aspects of development and fund management, including: fundraising, deal sourcing, due diligence, deal structuring, investing and post-investment oversight and governance. In that time, Shyla looked for investment opportunities in early and expansion-stage companies across a variety of industries including energy, water, agriculture, safety/security, and aerospace.  As the Associate Director, she was the lead on managing the firm’s investments in Aero-Mechanical Industries (aerospace; exited 2012), MIOX (water/onsite chemistry), and Wellkeeper (oilfield services). Her post-investment involvement with portfolio companies typically involved Board membership where she assisted with aspects such as recruitment of new Board members, exploring potential new market expansion and partnership opportunities, market positioning, and fundraising.

Shyla also led NMCC’s efforts in Indian Country to promote business development and expansion by Tribes and Native American entrepreneurs. Her investment in a reservation-based, Native American, woman-owned oilfield services company was nominated for the Native American Finance Officers Association’s Deal of the Year in 2012. In 2011, she was recognized by the National Center for American Indian Enterprise Development as one of Indian Country’s 40 under Forty outstanding young leaders and in 2012 by the New Mexico Business Weekly as one of NM’s 40 under Forty.

In late 2013, after a great deal of thought, Shyla elected to leave her position with the investment fund to pursue her own entrepreneurial plans.

Ms. Sheppard attained her economics degree from Stanford University. She was raised on the Fort Berthold reservation in North Dakota and is a member of the Three Affiliated Tribes.